We have posted an about.me page as yet another way to get the news out about our ongoing support for those who have lost a loved to suicide.   It has contained within it our introductory announcement and links to this page and our Facebook page.

We offer here to all those who have suffered the terrible loss of a loved one to suicide the powerful words of a member of our SOS Loss Support Group.  Please click here to explore the witty, poignant, brash and at times elegant words of The Rad Widow.  Particularly astute is her rendering of coping, growing, and sharing in Surviving the Stigma of Suicide…

Sometimes in life, events occur that fracture the very foundation on which we stand. Our life, as we have known it, is forever changed and we find ourselves in an unexpected struggle, first just to survive and then to move forward.

The Alliance of Hope for Suicide Survivors provides healing support for people coping with the shock, excruciating grief and complex emotions that accompany the loss of a loved one to suicide. We hope that you will find resources here to help you deal with, and eventually heal from, what may well be the worst pain you will ever feel.

Go here for more information about this wonderful organization that is located in Evanston, Illinois.

“Preventing suicide is about much more than reaching out only when someone’s in a crisis and is in imminent danger of killing themselves.

“The best prevention starts long before that, in stopping people from becoming suicidal in the first place, said Dr. Eric Caine, co-director of the URMC Center for the Study and Prevention of Suicide.

“But to do that, people in our society must become more willing and open to talking freely about mental illness.

“Making that happen is the aim of author and actress Mariel Hemingway, who visited the University of Rochester Medical Center on Saturday. Her grandfather, literary icon Ernest Hemingway, committed suicide in 1961, and her sister, Margaux, a model and actress, died of a drug overdose in 1996.”

To read the remainder of this terrific article click here.

Most of our walks are organized by survivors and supporters like you.  We are looking for a new volunteer Walk Chair to work with the Maine Chapter and the AFSP national office to continue to raise awareness and funds for AFSP programs in your community!
Over the past several years walks have been held throughout Maine enabling us to provide programs and volunteer opportunities in these communities.
We need YOU to help plan the 2013 Portland ME Out of the Darkness Community Walk!
If you would like to take on a leadership role with the walk, please contact Kimberly Gleason at kgleason@afsp.org or 978.568.0818.

Group tonight… Hope to see you there. We are back in the Dana Center from the beginning of the year. If you need directions or extra help getting there call us at (207) 409-6226.

Dear Ones – Tonight is the 4th Monday of February and we will be having group as usual at 7pm.  Careful driving in as the roads are slippery and may be freezing.

The SOS Loss Support Group is made possible by the generous support of Maine Medical Center's Department of Psychiatry. This site is maintained by Robert Myers, Psychotherapist. 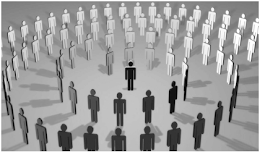 for info clic this logo

FAIR USE NOTICE. This site contains copyrighted material the use of which has not always been specifically authorized by the copyright owner. We are making such material available in our efforts to advance understanding of environmental, political, human rights, economic, democracy, scientific, and social justice issues, etc.. We believe this constitutes a 'fair use' of any such copyrighted material as provided for in section 107 of the US Copyright Law. If you wish to use copyrighted material from this site for purposes of your own that go beyond 'fair use', you must obtain permission from the copyright owner. In accordance with Title 17 U.S.C. Section 107, the material on this site is distributed without profit to those who have expressed a prior interest in receiving the included information for research and educational purposes. For more information go to: http://www.law.cornell.edu/uscode/17/107.shtml If you are the owner of any material appearing on this blog and feel that your rights are infringed upon, please contact the blog owner and the material will be immediately withdrawn.
Survivors of Suicide Loss Support Group Community Blog
Create a free website or blog at WordPress.com.